My name is Diana Avila. You, the members, have a right to a strong, democratic union that can win job security, fair pay, and great benefits. Winning great contracts doesn’t mean anything if we don’t have a union that will enforce your rights. You deserve a union that will provide the best representation possible. I feel as if I would be a great candidate for executive board member, due to the fact I have been at First Student and Bellwood School District 88 for 29 years. I have been in Local 73 Union for 10 years, and I have paid my dues by giving full support along with participating with union meetings and events.

I’m honored to say I have been a union steward for two years and also serve on the negotiation committee. Local 73 is my heart and soul. I joined Members Leading Members because I believe in our promise to provide powerful representation, as we know your struggle firsthand. Please vote for our Slate so we can begin the work of building a stronger union for you! 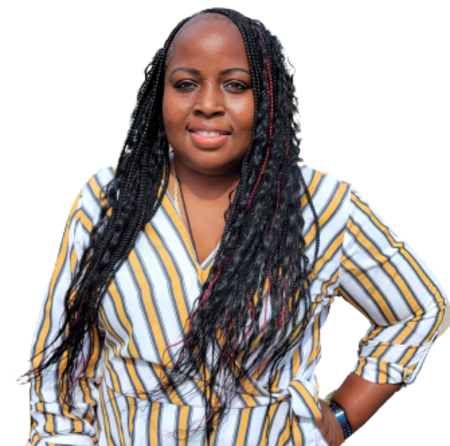 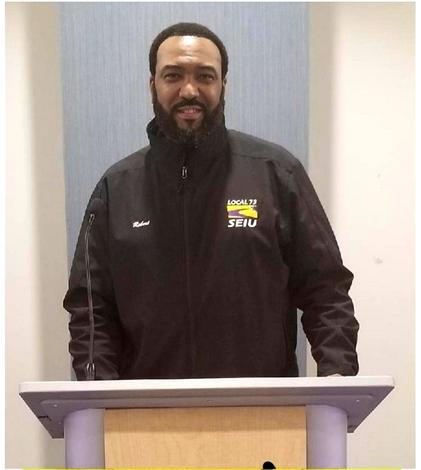 Amanda has been a union member for over 25 years. She is an administrative assistant union steward in training and CAT Member.  Amanda was a pivotal part of the Cook County negotiating team.  Amanda believes, (in order for anyone to represent the members they must first walk in their shoes and understand our plight).  Amanda is currently working for the Cook County Sheriff’s Police Department.  She has represented numerous members under the Sheriff’s Department with positive outcomes.  Amanda has been organizing in the community for over 15 years.  She is a trustee at Zion Lutheran Church, sits on the board of William H. Griffin Community Center, a member of Jack and Jill of America-Magnificent Mile, as well as the former chairwoman of Murray Language Academy Local School Council where she help create a restorative justice program.

WE ARE ONE 73 MEMBER'S SLATE

Amanda’s top three priorities is to first is listen to our membership and fix what has been broken, move on to new beginnings and help implement contracts for everyone that are shatterproof.  Amanda feels once these two goals are met we can start building an unbreakable foundation.  She is a mother of two and graduated from Tyler Business School in 1995. 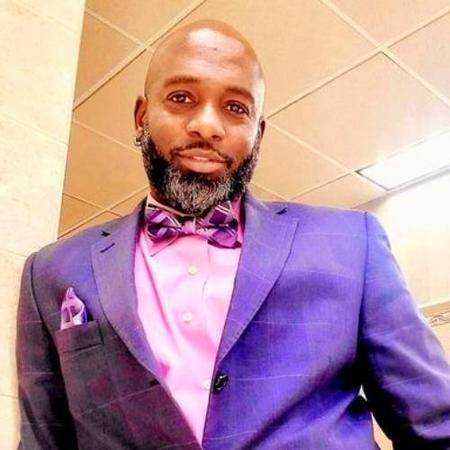 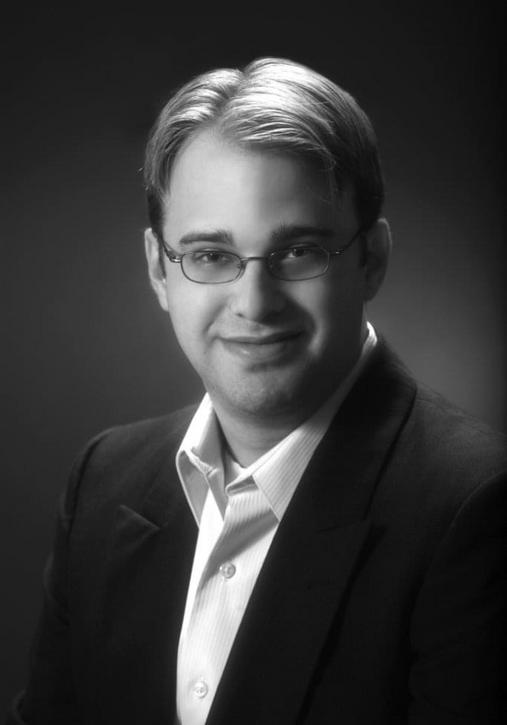 ALWAYS ON THE FRONT LINES OF THE FIGHT

Stacey Lowe has been an employee with Chicago Park District since 1997, currently as a Park Supervisor of Recreation. Prior to joining the Park District, Stacey spent 8 years with Chicago Public Schools in Special Education, counseling and teaching students with autism, deaf, hard of hearing, behavioral and emotional incapabilities. While in these positions Stacey became very passionate about advocating for individuals who were not giving the opportunity to share their thoughts and feelings about things that mattered to them the most. Stacey Lowe is a licensed Foster Parent, she is also is the former LSC Community Liaison for Kershaw Magnet School located in the Englewood community. She is currently a Park Supervisor, who works closely with Aldermen, the C.A.P.S programs, and other Community based programs. Stacey is a very proud member of several organizations, including the Order of the Eastern Stars and Delta Sigma Theta Sorority. She is also a graduate of Chicago States University with a B.S. Ed, and a graduate of Northeastern Illinois University with a MA in Urban Studies.

Hello my name is Darryl Wright and I am running for Executive Board representing Cook County. I am a 41 year Healthcare Hero, I have been a Steward for over 20years because the members needed  a strong leader to fight and make sure they were being treated fairly  They also needed someone who was not afraid to challenge management. I will bring passion and awareness to the Executive Board,  I will hold our leadership accountable.  Vote for me and my slate if you want change and new Leadership.  The members deserve to lead their own union. Learn more about me and my slate at www.WeAreOne73.org

Tyrone De'Andre Hawthorne is a 28 year Healthcare Hero who works at Cook County Stroger Hospital. He is a community activist, Minister, Mentor and Poet (Blaq Ice). Mr. Hawthorne is a 20 year SEIU Steward, political organizer and a member/leader, starting with Local 20, then Local 73HC and currently with Local 73. He has been on the contract negotiating team for the past 5 contracts. Tyrone has been on the front lines of every action SEIU has taken for our Cook County Healthcare Heroes. From press conferences, to the strike of 2021, Tyrone has used his talents and his voice to speak for those who felt they had no voice.​​​ 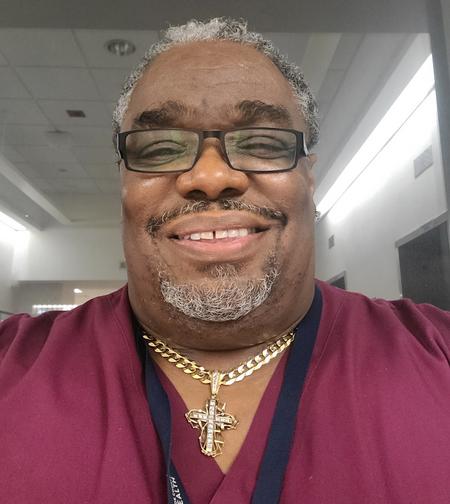 My name is Michael Barbieri, I am running for Executive Board Member for Region 3 which covers Cook County and HACC. I have worked for County for 10 years and have seen how many of you have been disappointed with the current leadership within your union. During this very long strike that could have been diverted or lessened in time if proper leadership was in place. We did not have a local hardship fund created if a strike were to happen and when it did many of you know that you received nothing or very little compensation when you were out of work.

This is very unfair to its members for a union that is supposed to represent you have failed time and time again. As a board member I will make sure that all member concerns are addressed and in a timely manner. We have been treated poorly for so long that it is time for change at the leadership level. If this change does not happen the status quo will repeat itself over and over again with no end in sight for its members. So, I ask you to vote for me in this upcoming election for change. 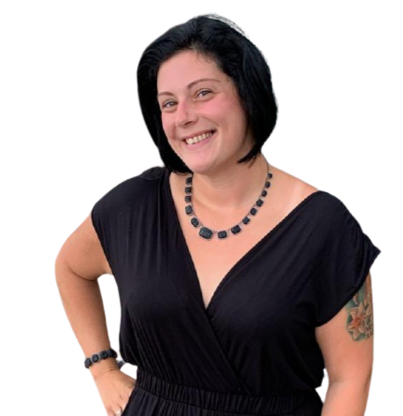 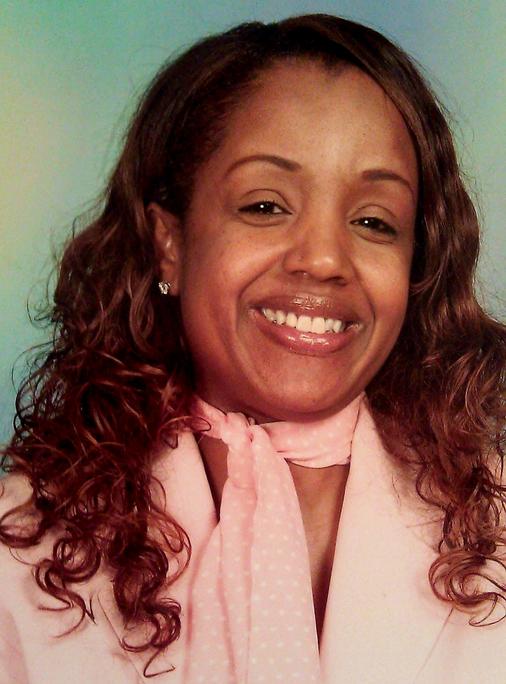 Barbara Watt has been an employee of Cook County health for 28 years. She began her career at Oak Forest Hospital and currently works at Blue Island Health Center, in the pharmacy department. She became a steward for Seiu 73 because she was tired of the lack of respect and felt that people deserve to be treated with dignity and respect no matter what kind of situation they were facing. Barbara has put in a lot of time and loyalty, into the Seiu organization, even when she didn't approve of the direction that the organization was going.

As a 20 year Steward, she he has been both, SEIU's biggest supporter and toughest critic. Barbara diligently works as a daughter of the king and the shepherds ministry at Triumphant City Church of Chicago under the leadership of Pastor Vessel Stubbs. She loves caring for people and with your support she would serve as a great vice president of this union because she stands for people's rights. Learn more about me and my slate at www.WeAreOne73.org

I've worked at Cook County Hospital (Stroger) for over 8 years in the emergency department as an emergency room technician/paramedic. I have also been a paramedic for over 15 years. I was also a part of the contract negotiating committee. I believe it's time for a change. It's time to have SEIU Local 73 be a union for the members, by the members. I believe in and support a union ran with determination, resolve and with complete transparency. It's time for a change and it's time to let our members voices be heard!!
​

Robert has been with the Chicago Park District for the last 27 years, currently as a Park Supervisor and an active member of SEIU Local 73 as a Union Steward since 2004. During that time, He was elected to the Executive Board, contract negotiation team and the first member vice president for Region # 5 under the new leadership structure in 2018. He is also President and CEO of my Not for profit organization called A Journey 2 Manhood, Inc. which provides job training, Health and Wellness, financial literacy, School supplies giveaways and Life skills to teens and youth within the North Lawndale and Englewood community. He has also volunteered his time and service to numerous union committees, rallies and trainings throughout the years with the local. 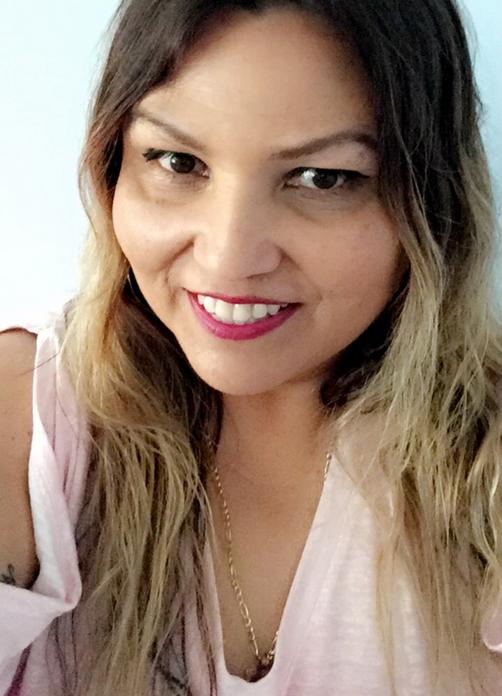 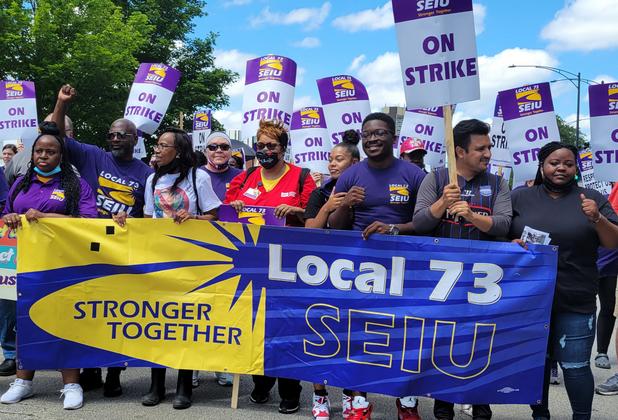 Away from his 9 to 5 and union duties, he is the President and Founder of the P.O.E.T organization, founded in 1990. Since 1990 he has mentored our youth in the Chicago Public Schools. As a ministered and activist he has visited Juvenile Detention Centers/prisons and led peace marches against violence in the inner city of Chicago. Tyrone and his wife Toy can be found regularly feeding and clothing the homeless, passing out school supplies for children, visiting homeless shelters and youth centers.

Shadonna listened well to what her father taught her and that is one of the reasons Shadonna fights so hard for the SEIU Local 73 members employed by Cook County Government. Shadonna strongly believes that members driven unions have what is best for the members that it represents at heart. 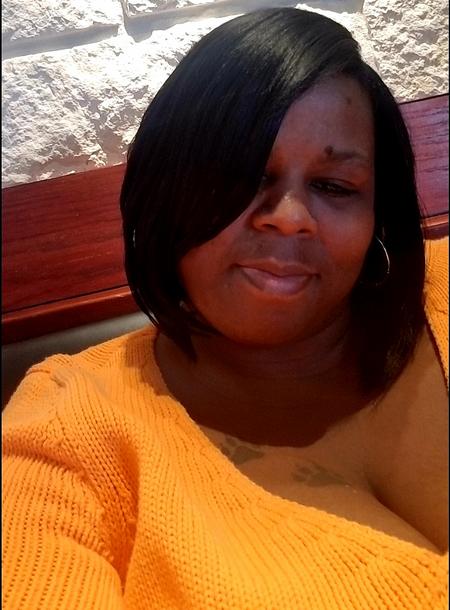 FROM TRAGEDY TO TRIUMPH

Stacey Lowe has been a proud member of SEIU for 25 years and is looking to stand side by side with all her brothers and sister to combine a great leadership that you can depend on. Stacey wants to bring transparency to the members, help lead the bargaining team, assist with great leadership, along with being a great team player. I am proud to be running with my fellow candidates on the “WE ARE ONE 73” slate. We face more unprecedented challenges to come, and if the members give us a chance and select this slate as their new leadership our Union will a union for the membership LED BY IT'S OWN MEMBERS.

TI am running for the Executive Board representing Cook County. I am an 18 year Healthcare hero who started out as a CNA at Oak Forest Hospital and I am currently working at Stroger Hospital as a Healthcare Advocate. I love a good fight, especially when it is for a good cause. I became a union steward in 2020 because our members needed a strong vocal advocate who was not afraid to challenge management.

I will bring the same passion and boldness to the Executive Board. We need someone who will hold our leadership accountable. Vote for me and my slate if you want change and new leadership. The members deserve to lead their own union.
​

Shadonna is a native of Chicago, Illinois where she received her bachelor’s degree in psychology and Social Work from Chicago State University and her master’s degree in business management and Organizational Leadership from Ashford University.

Shadonna has been a member of SEIU Local 73 for the past 7 years, She has a strong background in Social Services and has been working with the detainee population for over 7 years at Cook County Jail. Shadonna was taught at an early age by her father who was a Union Steward for a printing company that your union is supposed to be for its members.
​ 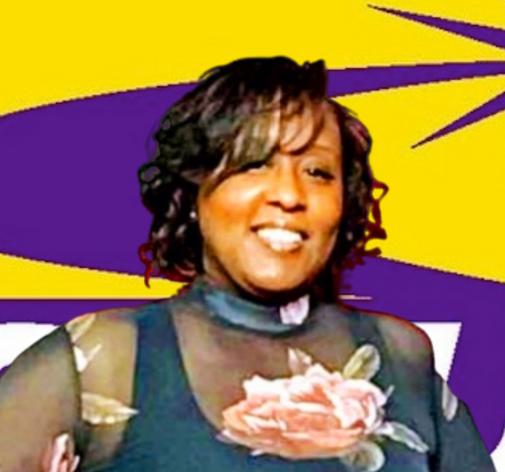 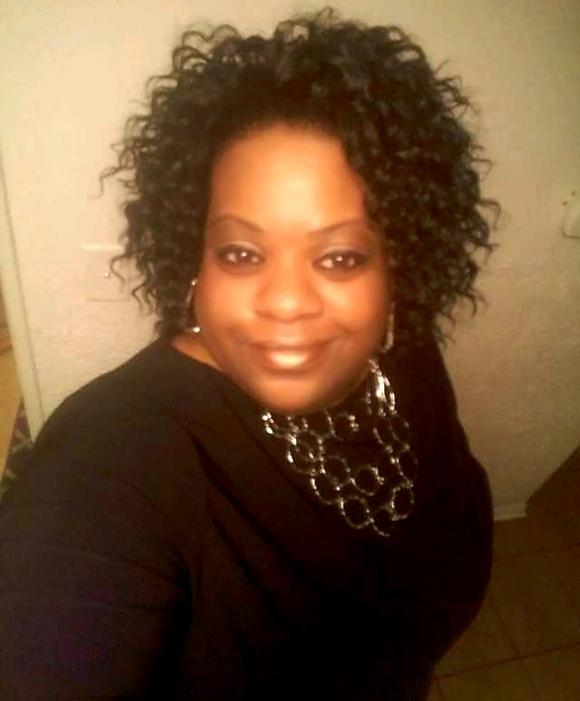 Tyrone lost his 15 year old son to cancer September 3, 2008. It was the most difficult time of his life. In his words, he had to learn how to live again. This fueled his passion to help save our youth by creating a scholarship in his son's name, the TYRONE HAWTHORNE CANCER/SCHOLARSHIP FUND, helping high school students transition to college. It is with this same passion that he fight fearlessly for those who are being treated without dignity and respect. Over the years many members have asked Tyrone to run for President of the Local, after many years of contemplating it, he has now decided to answer the call.

These opportunities, past positions he has held and his 13 years with the Illinois Army National Guard has given him a cycle of readiness to continue the fight for Worker’s Rights. With your continued support he will continue the tasks of increasing member’s involvement and continuing the fight for workers’ rights as well as contractual rights within the work place.